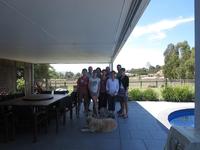 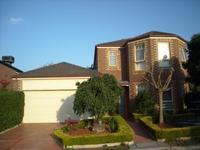 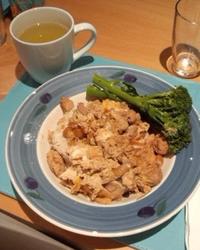 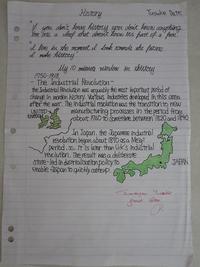 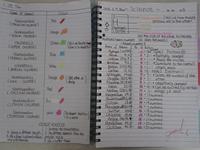 Hi! Mr. Kamakura, How are you? I can now enjoy every day in Australia. When I arrived at Australia, I couldn't communicate a lot. But, I can make a lot of friends now. At school, I participate in a lot of classes; like Science, English, PE and so on. I like history class the best. This is because after school, history teacher and I talked about Japanese history and culture. It was so fun and more 30 minutes, we talked! I [students] will go camping next Tuesday and Wednesday. I'm looking forward to doing it! By the way, on every Friday, I have English session with my group coordinator. I always study [learn] Australian culture and so on. It is easy for me. This is because my coordinator is Spanish, so she always speaks English very slowly. On every Wednesday, Host brother, host sister and I play Karate at community club. This is very fun and interesting. Club's coach always says "Yoroshikuonegaishimasu" in Japanese at the club's beginning. And then, we [club] members have to repeat that again. Everyone speaks in various Japanese's tone of voice. So for that reason, it was so funny! Also, every Friday, I play badminton in Australian club. At club, I could make friends quickly! We talked about a badminton things such as a top athlete thing and so on. Most of the club members are the same age as me. But, I won all of the matches before the club. Anyway, to participate as a Japanese player is very cool! I am busy every day, you know? On Saturday, I rode horses which was so fun. Before riding horses, I had to brush horse's body. This was difficult for me. My host sister taught me how to ride horses. She can teach me in very plain English! So, I could ride horses easily! I couldn't run with horses, but to ride horses was so nice. I thought I could have a nice experience! My host mother runs cafeteria as a volunteer, so I helped her. She made sandwiches and sausage of bread. So, I baked sausage by BBQ instruction. I like outdoor [I'm good at outdoor], so my host mother said to me, "You are good at baking sausage and so on". I was very happy to hear that. And I thought that to help other people [my host mother] is very nice thing! On Saturday, my host family, host mother's old sister, her mother, father and I did BBQ at host family's house. This day, there were so many people there, so I was confused a little bit. We could enjoy and host mother's sister went to Japan one year ago, so she and I talked about Japan! I heard she liked Hello-Kitty and Okonomiyaki. She said I'd like to go to Japan again! On Sunday, host family and I went to Geelong such as a sightseeing. I saw a wonderful view. There were many cool buildings and it has a beautiful bays! Anyway, I could have a nice day and learned about Australian culture! Sincerely yours, Y.D.

Dear Mr. Kamakura First, I'm sorry for the delay in sending email. Long time no see. I am fine. I made some friends. My host family are kind and talkative. So, I am very comfortable. And I brought my guitar from Japan. I always play the guitar even in the morning. And my host brother also play the guitar every day with me. He likes music, so he can play the guitar, drums, base and piano!! He is so talented. Finally, I will tell the truth. I always speak Japanese with other Japanese students. But I think it is wrong because, I came here to learn English. So, I will speak English more from tomorrow! See you! K.K.

Hi, Mr. Kamakura. Thank you for your e-mail. I'm enjoying staying in Australia. I was surprised that already 1 month has passed! At Nunawading Christian College, We take Math, History, Science, English, PE, Health, Bible and Sport! Also, I chose taking Food and Design class. English and Bible classes are very difficult for me. But I can understand almost other classes! Especially, Math is very easy. During lunch time, I eat lunch and talk with my Australian friends or play sports. On February 23rd, we had a Swimming Carnival! We went to the Monash Aquatics Center by school bus. The pool was 50 meters long. One of my Australian friends said to me before we went to the pool, "We will go to the big pool that maybe you have never seen." But the pool was the same size as Meiho's pool. So, I said to him about that and said to him "Every summer we swim in PE class." He was very surprised. They don't have a pool at school. I took part in Open Boys 50 meters Freestyle. And I won the first prize in my race! But the second race's champion was faster than me. So I was the 2nd. It is regrettable that I lost. But I enjoyed swimming! Yesterday, I got a winning ribbon. My host family is Filipino. So they can speak English and Filipino. I eat Australian food and Philippine food. Philippine food is very similar to Japanese food. For example, I eat rice every day and they love fish. And sometimes I watch Philippine TV with my family. Of course, I can't understand what the speaker says. But sometimes my host mother translates from Filipino to English. So it is fun. Also, I go to church every Friday and every Sunday. There are many Filipinos. I have many Filipino friends! Friday the 19th, I went to the barbershop with my host father. It was the first time for me to cut my hair in foreign country. To talk with barber was little difficult for me! But I think my English is improving day by day. See you soon. From G.H.

Dear Mr. Kamakura, FAMILY Rose family has 5 people: Ian, Nicky, Chelsea, Matthew and Leo. Ian is my host father. He is 44 years old. He works for an electricity company. He likes to play sports and play the guitar. He goes to gym and play rugby often. He is a good father because he always takes care of everybody. Nicky is my host mother. She is 40 years old. She works for an electricity company, too. She likes to go shopping. She can cook well. They are very delicious. Chelsea is my host sister. She is 17 years old. She is a high school student. She does martial arts which mixes karate and using weapons (sword and other weapons). And she has a black belt. So she is very strong. She likes watching TV, listening to music and having collection of crystals. Her most favorite TV program is "Walking Dead" because she loves zombie. Sometimes she makes fake blood. I think she is a strange girl. Also she is a kind lady. Matthew is my host brother. He is 14 years old. He is a junior high school student. He likes to play games and play rugby. He practices rugby with his father often. And he likes to rap. When I speak wrong English, he teaches me what I should speak. Leo is from China. He is an exchange student. He is 15 years old. He is a high school student. He likes soccer and watching Japanese anime. Sometimes I play soccer with Leo and also talk about Japanese anime. And he is a funny guy. Every dinner time, always we are laughing because he says good jokes.

SCHOOL In Japan, our class has 35 people. We take the same classes. But in Australia, a class has about 20 people. Everybody has own classes. In Japan, we have 10 minutes break between classes. And we have 50 minutes break between 4th period and 5th period. In Australia, we have just 2 minutes break between classes. But we have 20 minutes break between 2nd period and 3rd period. It is called recess time. And we have 50 minutes break between 4th period and 5th period. In Japan, we have to go to school on Saturdays. But in Australia, we do not go to school on Saturdays. And on Fridays, we have short schedule, we finish the school at 3:00. And then, we have an assembly. I think time schedule in Australia is better than that of Japan. I take classes such as English, math, science, history, health, literature, drama, PE and junior sports. The most boring subjects are science and junior sports. In science class, the teacher just talks for us. And we just copy the letters in the white board. I prefer Japanese science class. Junior sports is too boring because we just practice baton pass for relay and high jump. I want to do other sports. The most difficult subjects are English and literature. English is too difficult because NCC students already speak English well, so it is only natural that class is difficult for me. Literature is similar to English. But literature is more difficult than English. The most fun subjects are PE and drama. We can play sports in PE class. And I do not have to speak difficult English. I just speak easy English like "Good job" or "Don't mind". And we play sports with girls. I think that makes good moods. In Japan, teachers do not mix boys and girls in PE class. So sometimes PE classes are done by only boys which is a little bit violent. I prefer Australian PE. It is very fun. In drama class, we play dramas. It looks difficult for Japanese students but I have tried it once. Then it was very fun. And there is no drama class in Japan. So I get excited. In Australia, math, history and health are not so different from Japan. But sometimes I cannot understand because teachers teach in English.

The other day, we went to the city because there was Chinese festival held. There were a lot of people. It looked like thousands. Fireworks and fire performances were very good. But it was too cloudy, so I could not enjoy so much. Next day, we celebrated Chinese New Year. When we were eating Chinese foods, Leo's mother called him by cellphone. They looked enjoying talking at first. But suddenly, Leo cried. Then I knew I and Leo are not the same. I will go back to Japan just 2 months later. But Leo will not go back to China expect for vacation. He will go to university in Australia. And he will get a job in Australia. But his family is in China. I experienced too much fun stuff. So I must work harder. I still spend time with Japanese students during lunch time. But I will try to speak English with Nunawading students. From A. H. H.